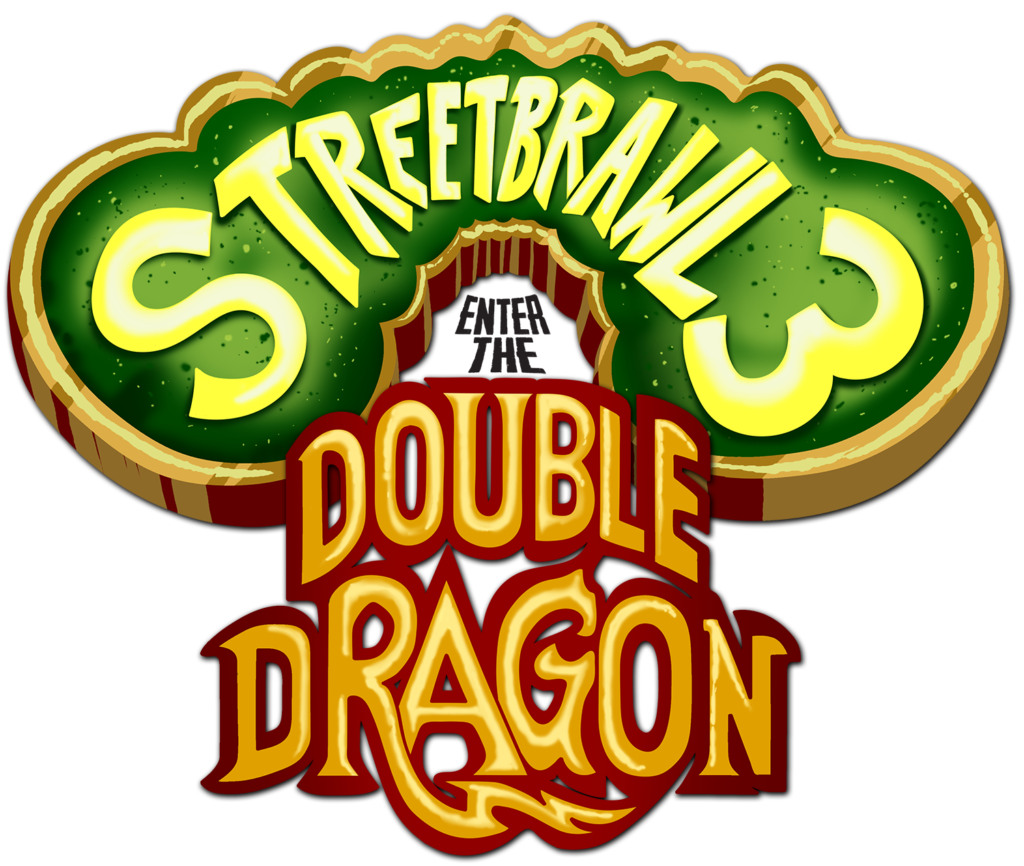 Street Brawl III asks you to ENTER the DRAGON!!!

Welcome back to STREET BRAWL at CRUCIBLE 8!!!

This event is part of the three day Crucible 7 miniature gaming convention being held at the Park Inn in Kissimmee, FL from October 11th – 13th, 2019.
There is a link to the registration page on Crucible’s home page below.

Players wishing to participate should go on the site and purchase either a weekend long pass to the Crucible event ($75 if you plan on playing in Street Brawl III and ORKTOBERFEST V) or a day pass for Friday, October 11th ($22).

WHAT YOU GET
4 Games of Blood Bowl
SWAG and PRIZES

TOURNAMENT SCHEDULE
Registration NOON
Matches Start at 12:30pm and end by 6pm
Four Rounds
Time in between each round to explore CRUCIBLE

GENERAL TOURNAMENT RULES
This is a RESURRECTION style event. Games will be played using the below version of the NAF Street Bowl Variant Rules – Link Found below.

• Illegal Procedure will not be used.
• Turns are to be coaches pace with a 4 minute turn timer if requested
• Rosters reset after every round. This means that injured players are restored to health and players gained through Raise the Dead are lost.
This also means that there are no earnings
or Fan Factor increases.
• Models MUST have some form of identification for skills that are purchased onto their players. The TO recommends skill bands, and will have some at the event.

R3 THE FORREST Coaches can swap up to 1 player (0-16) as a free star player for your team mate (gains loner & animosity) and before the round starts, roll a random skill up on one of your players (same as league play)

R4 THE GANG HIDEOUT Coaches can swap up to 1 player (0-16) as a free star player for your team mate (gains loner & animosity) and before the round starts, one player (0-16) on your team gains the BIG BOSS Skill Package: PRO, STAND FIRM, FAN FAVORITE, DIRTY PLAYER and LONER.

This will be part of the Voodoo Tournament Series 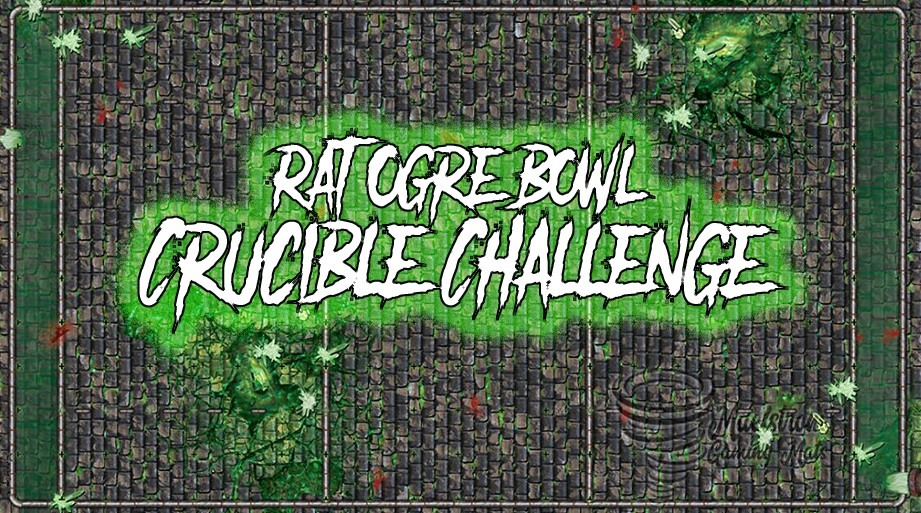 Welcome to Florida Blood Bowl’s THIRD Rat Ogre Bowl!!! The Crucible Challenge will give coaches another shot at taking home the RAT PILE (entry into the event is the donation of 1 Blood Bowl related item and the KING … or QUEEN … RAT takes all)!!! 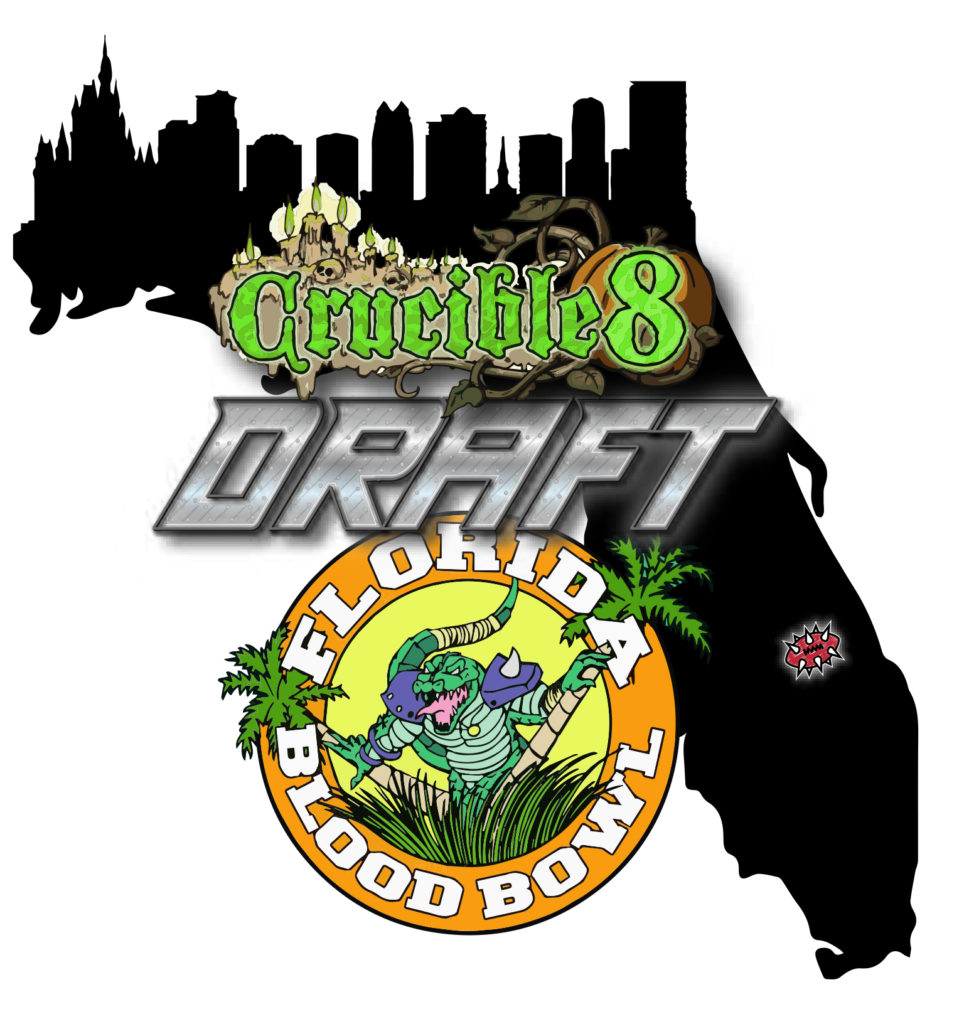 Florida Blood Bowl’s FIRST Blood Bowl Draft event! Spots are limited, so get your spot quickly!  YOU MUST MESSAGE JASON YORK TO SAVE YOUR SPOT!!!!! FIRST COME, FIRST SERVE.  This tournament will be done over two days (Friday evening after Street Brawl and Saturday evening after Orktoberfest), and will go late into the night, so be ready. 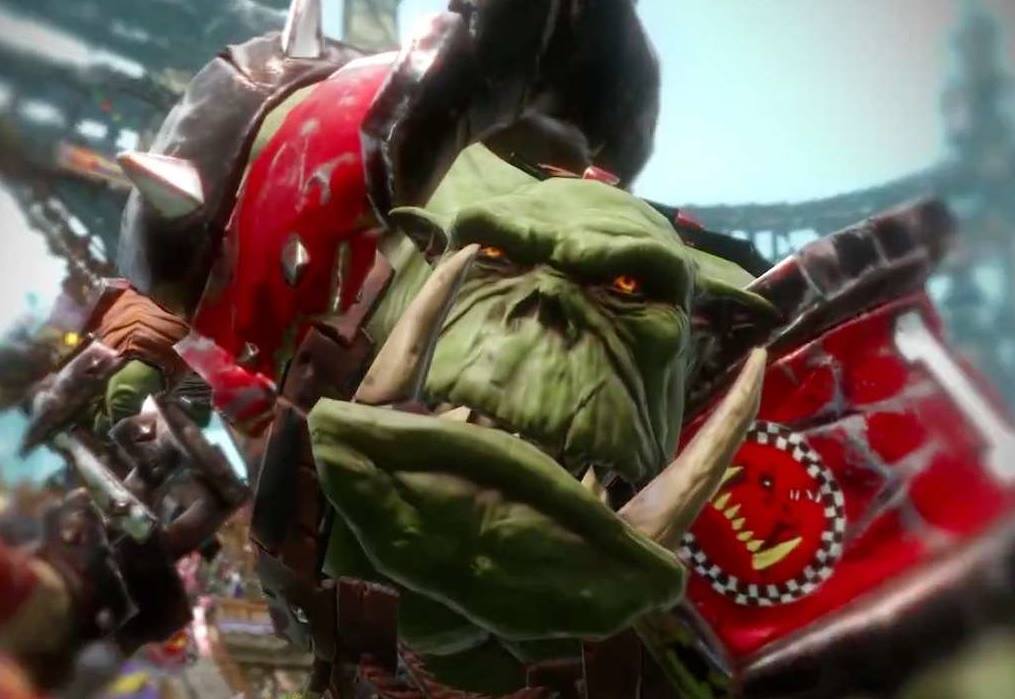 ORKTOBERFEST V: Clan Champions
5 Round – 2-Day Event
This event will be resurrection style

Cost
Entry fee is included in a 2-Day Sat/Sun Pass for $65.00
or a Full Weekend Pass for $75.00
Registration will be available here: https://crucibleorlando.com/
*$5.00 to join the NAF if you are NOT already a member

ROSTERS MUST BE SUBMITTED BY SUNDAY, OCTOBER 6th, 2019.
You will have 5 versions of your roster; one for each round … see below.
Schedule: Will be posted on the Facebook Event Page prior to the tournament.

First round will be random – after first round it will be Swiss pairings.

Things to bring
Field/Dugouts/Templates
2 Copies of team roster (one for YOU and one for your OPPONENT)
Only the Tournament Dice, NAF Dice or GW Dice will be Allowed.
Dice (must be shared if opposing coach asks to do so)

No overtimes will be played
Placing is decided by total points

Casualty Rules
Only casualties caused by blocks/crowd/fouling will count. Failed dodge/gfi/landing do not count.

*Each team MUST take a Star Player that MUST be a member of your team (=race=clan) during initial roster creation which will be your CLAN CHAMPION!!!
*Each team will get a bonus 200k to put toward the Star Player or CLAN CHAMPION of their choice.
If the player costs more than the initial 200k,
these funds will come from your initial team build. If you spend less than the 200k, you may add the difference to your initial team build.

This money can be anything that could normally be bought(players/rerolls/inducements/coaches/ff/cheerleaders/apo) and upgrades may be purchased for players as well.
No player may recieve more than 2 upgrades per round AFTER round 1.
Money may be “banked” from round to round. No player may recieve more than two of the same stat upgrade. Rerolls bought after initial team build do not cost double.
Each player will add this 100k to their roster before each round.

Note: You may bank the money from one round to the next. So, you could save all your money from the first round and use the 100k from the next round to buy another star that will remain on the roster for the rest of the tourney.
You will just be handicapped on the first round and there will be no inducements added if there is a Team Rating differential due to banking money.
You may not bank any money from the original roster construction.
You must start with a rulebook legal roster including 11 players.

Other Stuff:
Apo will work automatically on any injury with a 2+ roll that may be rerolled with a team reroll(even if not your turn). Player will be placed in reserves box if roll is passed. This may also be used on crowd casualties.

*HATED RACE* Pick a race that your clan absolutely despises and if you face off against that race, you will get the following bonuses:
1 Free ReRoll (used once per half)
1 Bloodweiser Keg (your players hatred of your “hated race” makes them want to come back and pitch stomp them all)
Whenever a foul action is chosen, the player fouls as if they have the Dirty Player Skill. If they player already has Dirty Player, you can modify BOTH dice rolls)
Stunty teams get a FREE bribe per match against their hated race

Illegal Procedure
In the spirit of good fun, NO illegal procedures will be called.

Tie Breakers (if needed)
Ties broken in the following order,
1)Net TDs plus Net CAS
2) Total TDs plus Total CAS, if still tied — TO will determine by Strength of Schedule

Please contact James Luft aka LEGION with questions at Coach@FloridaBloodBowl.com